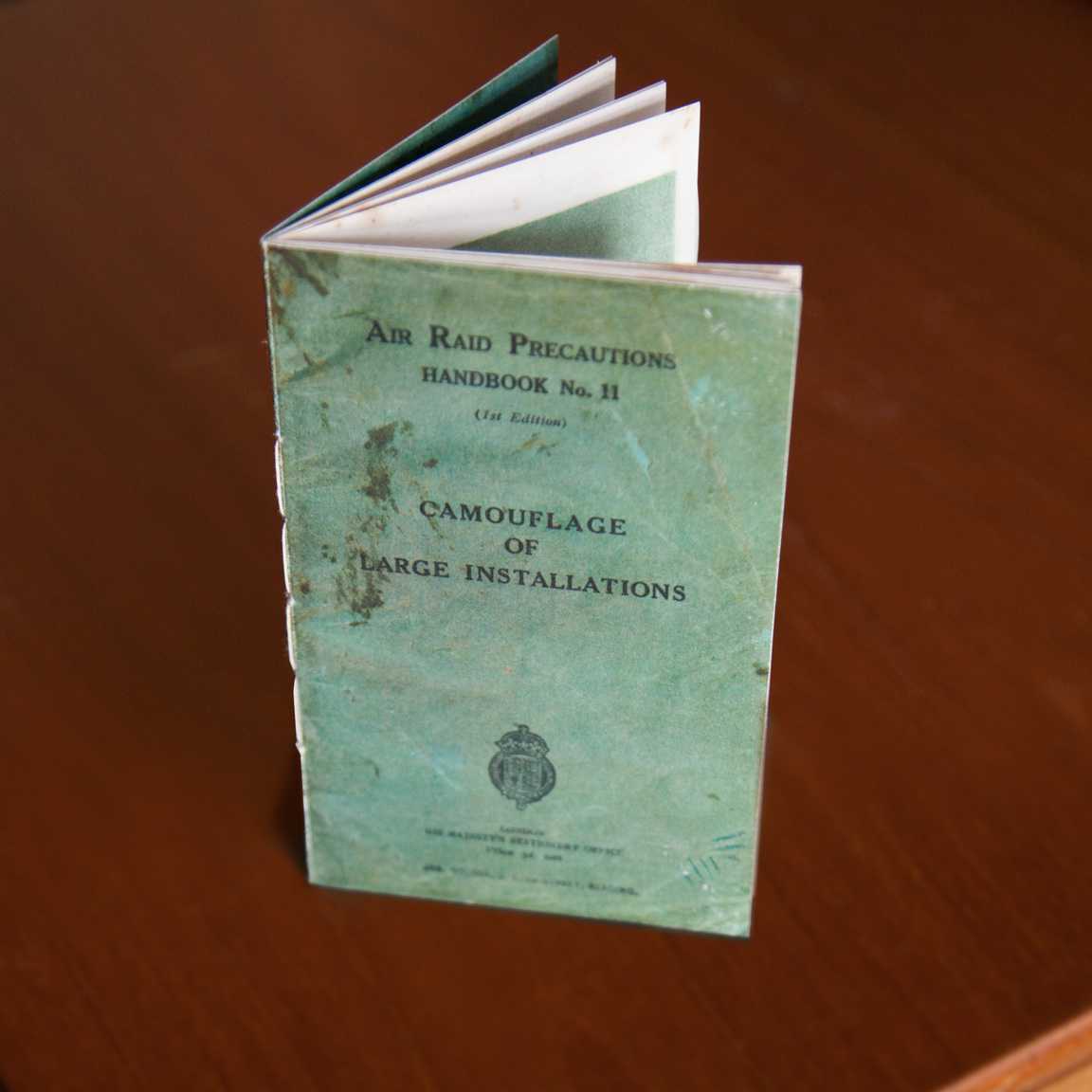 “IN 1939, the British government created a manual for factory owners on how to camouflage their buildings in wartime. I looked for this book for a while and found it at a rare book dealer in England. It was included in an exhibition I curated called CounterIntelligence, which looked at the overlaps of military intelligence and the art world in the last 400 years. This is a handmade, hand-stitched reprint of the original book, in which I inserted Charles Baudelaire’s controversial essay In Praise of Cosmetics, an interesting comment on make-up as ethical, defending artifice as morally good as opposed to the violence of the natural world. There were full-page swatches of camouflage in the actual manual, but, in the reprint, I purposefully painted these by hand using lipstick.”
— Artist Charles Stankievech

Artist Charles Stankievech is on Wondereur because influential curators such as Sarah Milroy believe he is important and on the rise. 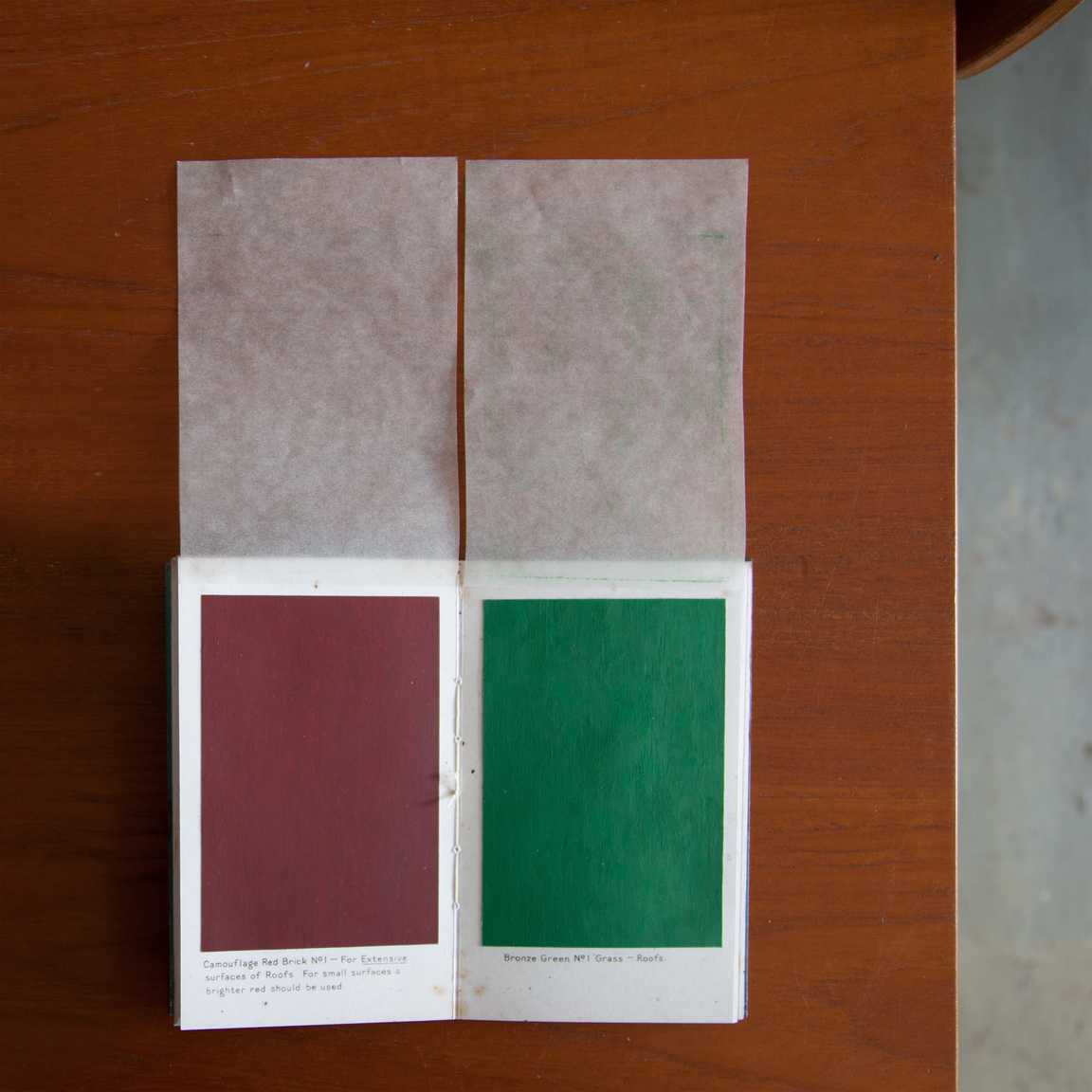 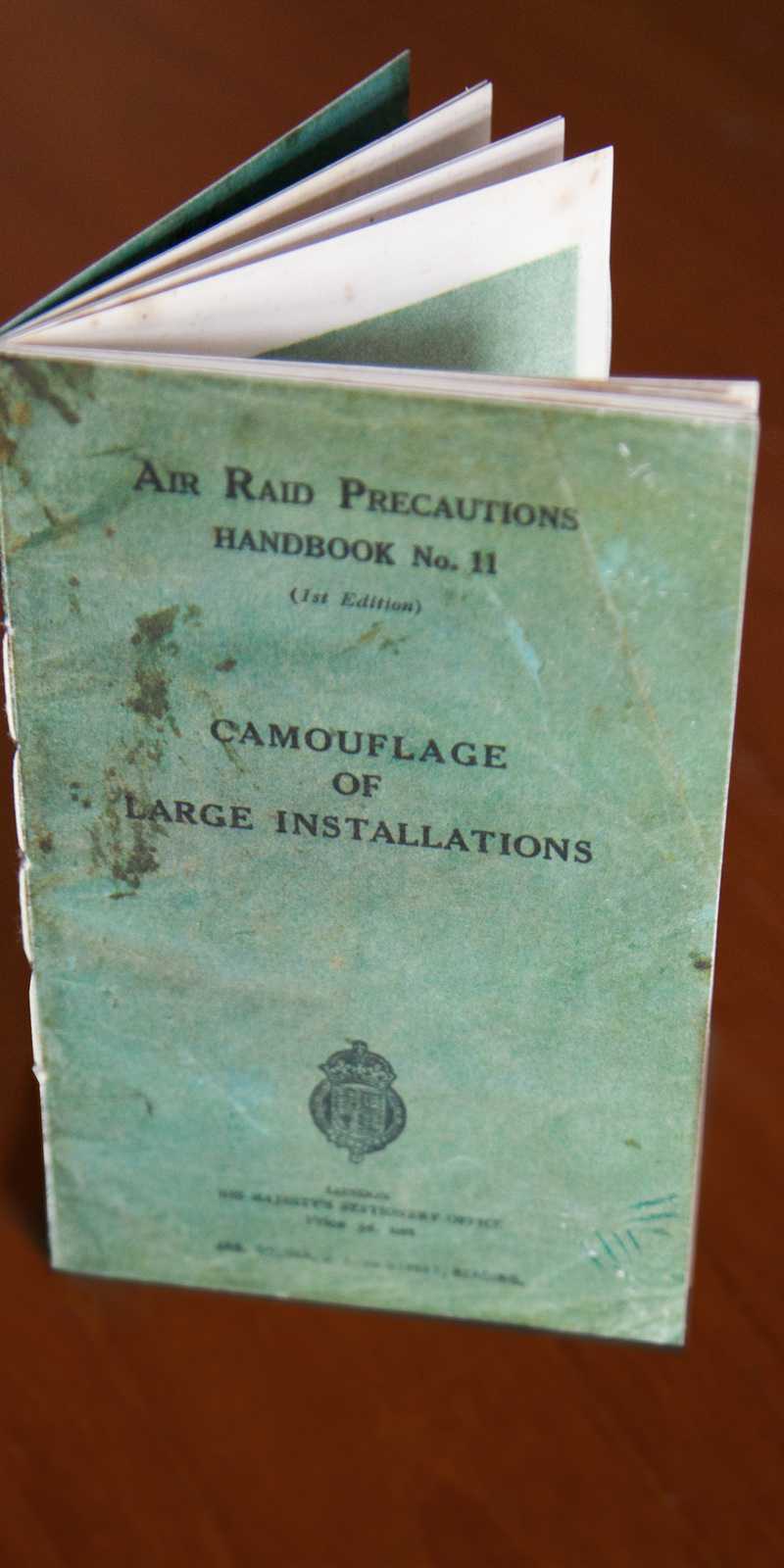 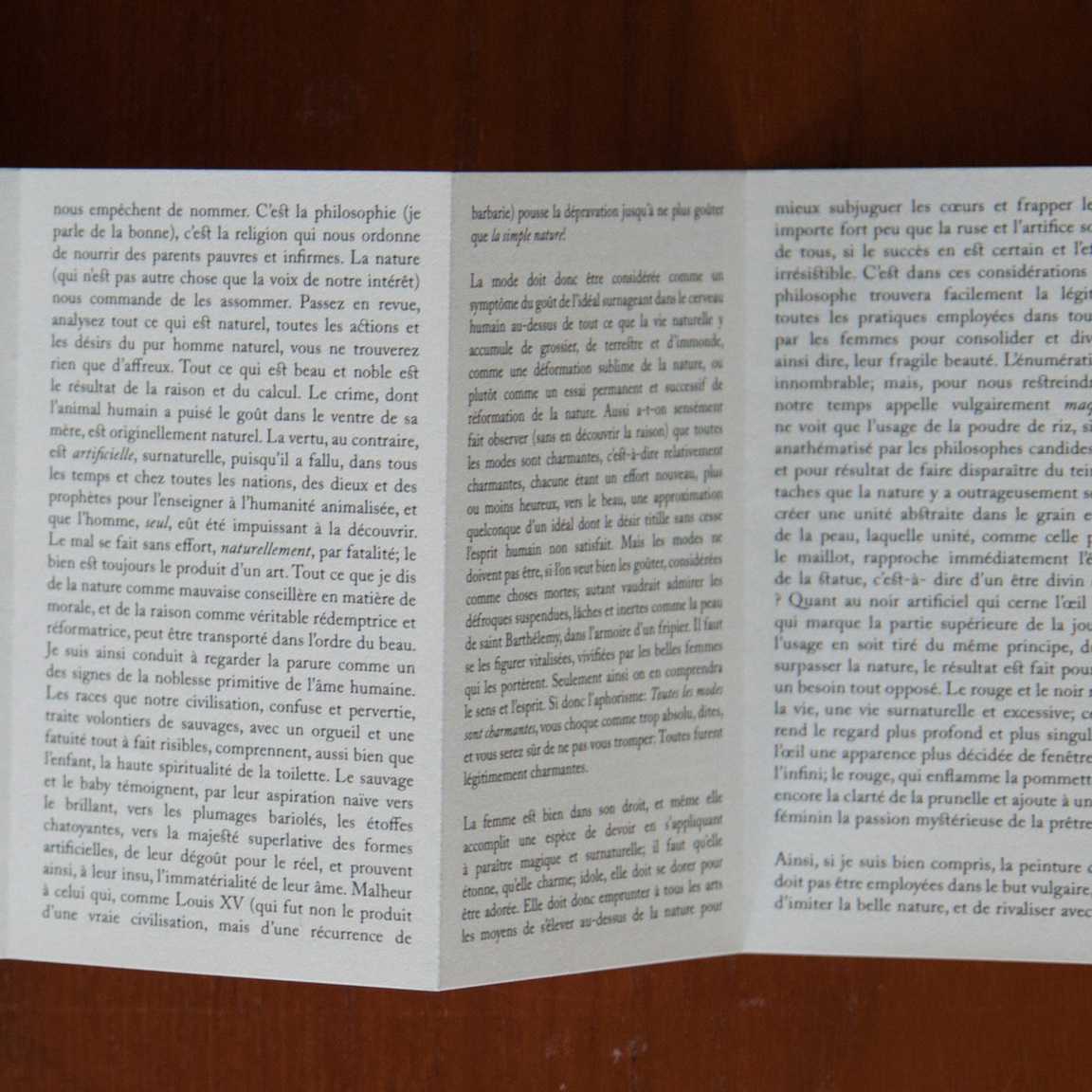 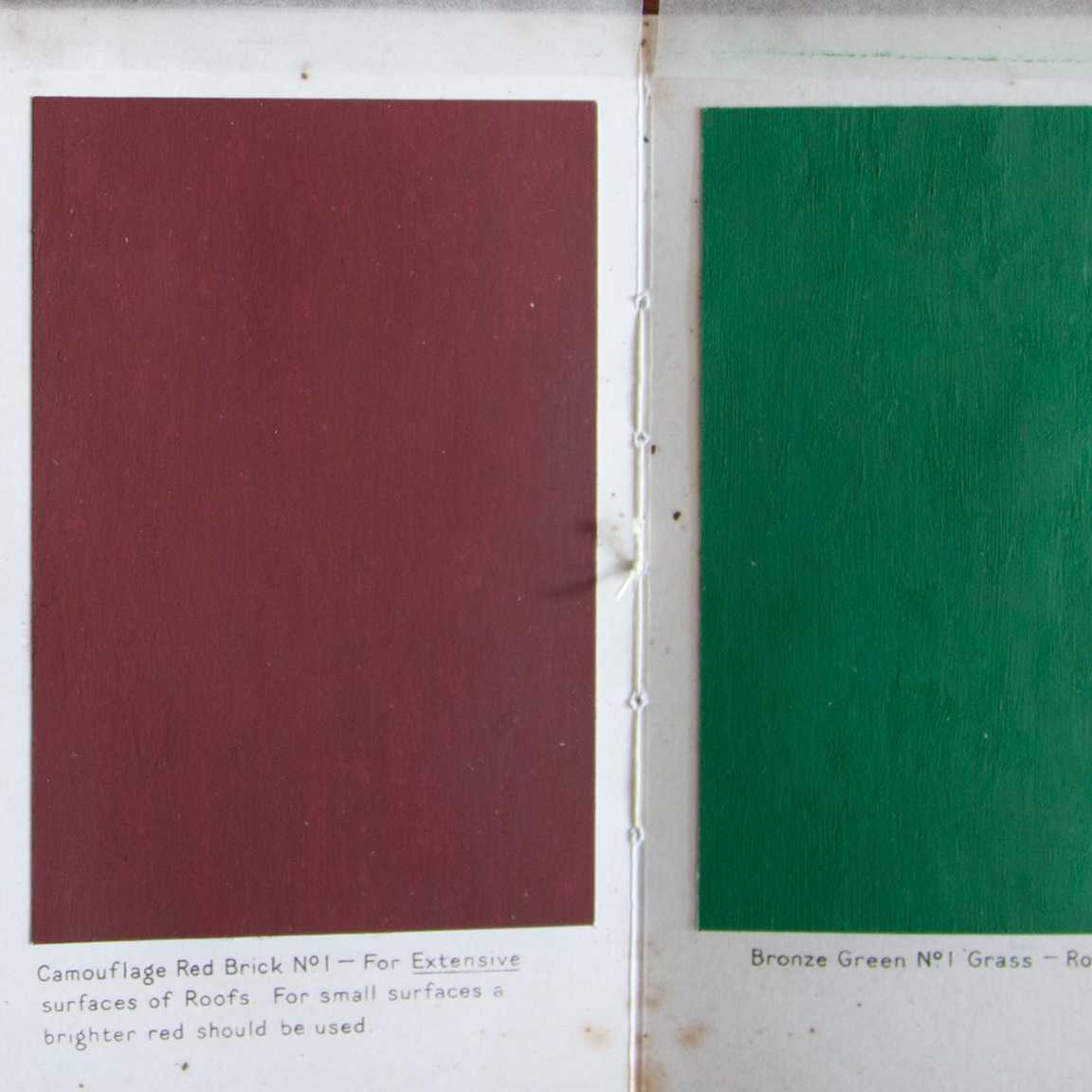 “What excites me about Charles is that he's making work that alerts us on how to understand the world we live in. His work is like the artistic equivalent of watching Citizenfour: it's information we need to know about the way we behave and the implications of that.”

In collaboration with the Globe and Mail, Wondereur invited acclaimed art critic Sarah Milroy to share the work of an artist that deeply touches her. Since co-founding the Canadian Art Foundation, Sarah Milroy has been a driving force in highlighting Canadian artists internationally. She served as the editor and publisher of Canadian Art magazine and was The Globe's resident art critic for almost 10 years. After contributing countless essays to numerous publications and art catalogues, Sarah most recently co-curated the current Emily Carr exhibit From the Forest to the Sea at the Dulwich Picture Gallery in London, U.K. and the AGO in Toronto.

A graduate of The Glasgow School of Art and a winner of the Magenta Foundation’s Flash Forward competition, Johan Hallberg-Campbell’s work with the Canadian Red Cross, The Walrus, Globe and Mail and DIE ZEIT has won him prestigious awards from the Canadian National Magazines Awards. Johan is a member of the Boreal Collective and the co-photo editor at Raw View magazine.

GET the facts behind Charles Stankievech’s success, career development and price. The value of his art is expected to significantly increase in the next few years. 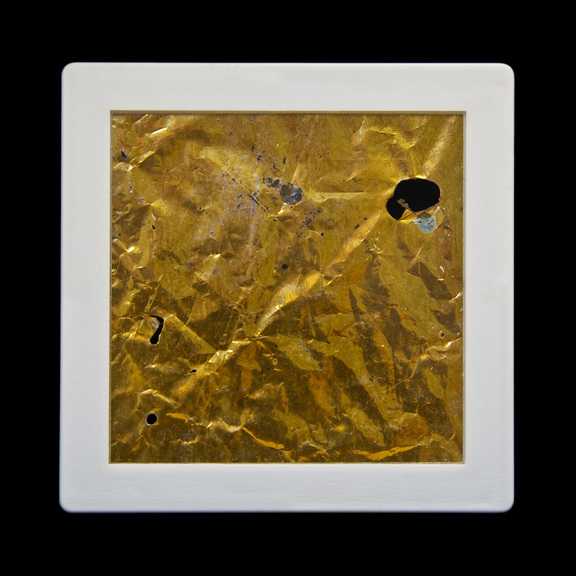 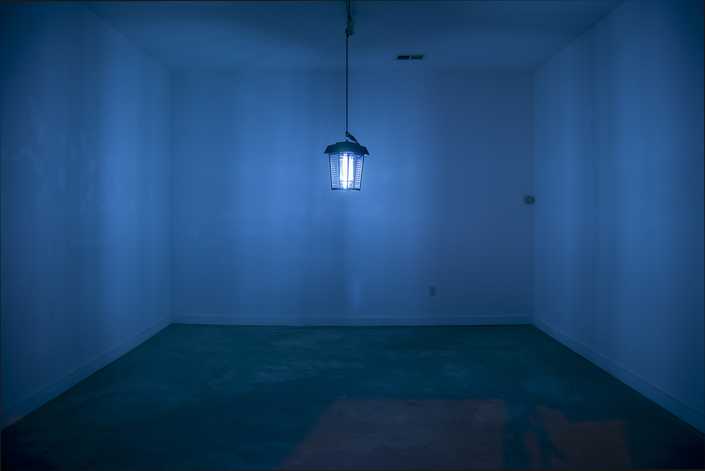 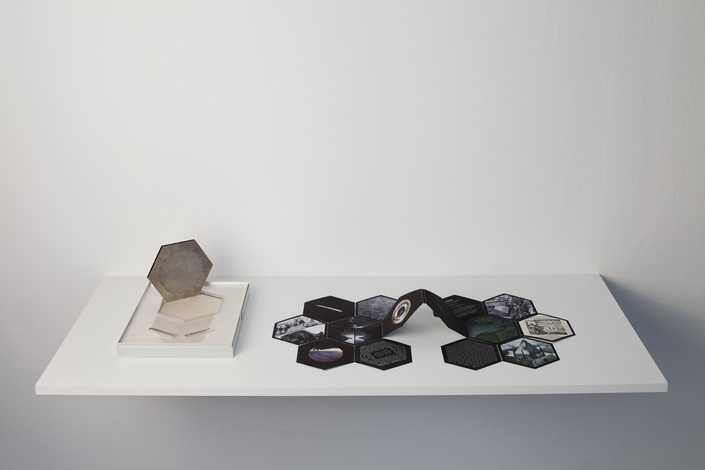